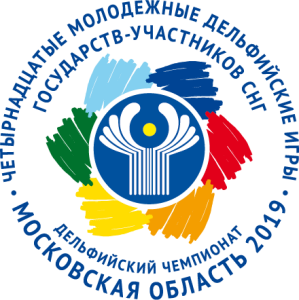 About 500 young talents aged between 10 and 25 from 10 Commonwealth countries participated in the event. The international jury consisted of 49 prominent figures of culture and art.

Competitions were held in 6 nominations: piano; violin; folk, academical and pop singing; open nomination. The mechanism of the Delphic Championship assumed that in all rounds the participants competed in pairs, in each of the pairs the winner to go to the next round was defined according to the results of the performances. The winners of the two semifinals participated in the final, playing out the first and the second places. Those who did not reach the final were placed third both. Judging was carried out by raising a sign indicating the score immediately after the performance of the competitors. 12 sets of medals were bestowed during the Games. According to the results of competitions representatives of 8 countries won gold, silver and bronze medals.

Following the expert community opinion, the mechanism of the Delphic Championship allows to define the laureates as effectively as the technology of traditional competitions but with higher level of spectacularity and excitement, that makes it much clearer and more attractive to a wide audience, while allowing the Championship keep being a professional competition.

For the first time all classes in preparation for the Delphic Games nominations were carried out using Russian-made instruments provided by Tula Accordion, Neva Sound, Accord, Medius. The Grand pianos of a long-time partner of the Delphic Games Yamaha were involved in the competition challenges and the Gala Concert.

Within the framework of the Fourteenth Youth Delphic Games of the CIS Member States the International Conference which proved to be an effective platform for discussing issues related to the development of intercultural dialogue, popularization of the Delphic Games and development of cultural codes was carried out. Representatives of the International Delphic Committee, National Delphic organizations of countries, National Commissions for UNESCO, observers of the International Delphic Committee, representatives of authorities and international organizations, cultural and art figures participated in the conference. By tradition during the conference special projects were held, this time at the cultural facilities of the Moscow region. The action ďWe remember...Ē was organized in anticipation of the 78th anniversary of the battle for Moscow on the 42nd kilometer of the legendary Volokolamsk highway at the memorial to the Siberian Soldiers. Its participants got acquainted with the exposition of the memorial complex and laid flowers on the monument to the heroes of defence of Moscow. The Central library of Krasnogorsk hosted the project ďYear of Book in CISĒ, which was attended by poets from the Commonwealth. A discussion on the development of modern poetry and literary interaction in the Commonwealth countries and competitions of young speakers were held. The round table ďRussian dramaturgy as a multicultural bridge uniting the theater space of the CIS countriesĒ dedicated to the Year of Theater in the Russian Federation was held with involvement of cultural figures of the CIS Member States in the Moscow Region State Theater of Young Spectators. A performance based on Anton Chekhov's play ďThe SeagullĒ was shown with participation of an Honored artist of the Russian Federation, the Artistic Director of mentioned above theatre Nonna Grishaeva.

The Delphic village was formed for the Games once again. This year it was based on the Moscow region complex ďSnegiriĒ. At this time not only all accommodation and food facilities, but also all nomination venues, buildings for the International conference, headquartersí services and a concert hall were gathered at one place.

On November 25, 2019 the Gala Event and Concert of the Fourteenth Youth Delphic Games of the CIS Member States were held on the stage of the Vegas City Hall. An Honored artist of the Russian Federation, a member of the Presidential Council of the Russian Federation for culture and art, the Chairman of the jury in the nomination Piano of the Delphic Games Ekaterina Mechetina, the Executive Secretary of the Commission of the Russian Federation for UNESCO Grigoriy Ordzhonikidze who appeared on the scene with the jazz band ďStaraya GvardiyaĒ with the participation of a People's artist of the Russian Federation Anatoliy Kroll and the Chairman of the National Delphic Council of the Republic of Moldova, the General Secretary of the National Commission of the Republic of Moldova for UNESCO, a composer and a performer Constantin Rusnac were on the stage of the Gala Concert with the laureates of the Delphic Games of different years of the Commonwealth. A significant number of performances was accompanied by the Moscow State Symphony Orchestra for Children and Youth under the direction of Aleksander Rudin. The event was conducted by the Advisor to the Governor of the Moscow region (in the rank of a Minister) Narmin Shiralieva and Deputy Artistic Director of the Anton Chekhov Moscow Art Theatre, TV presenter Vadim Vernick.

Considering the decision of the XXVI meeting of the Council of heads of state news agencies of the Commonwealth of Independent States dated June 6, 2019, 14 agencies of CIS countries supported the Games. The events were covered by media of 10 Commonwealth countries and of interstate distribution including 10 television channels, 9 radio stations, print press and online resources.

On November 18, 2019 the publishing house ďKommersantĒ announced the Games as the most important event of the upcoming week. During the Games information about the Fourteenth Youth Delphic Games of the CIS Member States was in the TOP of the Yandex news.